New Hall under construction
Over the last couple years the Grindrod Recreation Association (GRA) took on the project of building a new community hall in the Grindrod Park. After selling the old Grindrod Hall that was in need of too many repairs and upgrades to continue functioning as a Community Hall they began a serious fundraising effort and were able to start construction of a new building in a more central location within the Grindrod Park. The fundraising efforts continued as the hall came to completion and was officially opened to the public in the later half of 2013. If you live in Grindrod and are interested in community events and goings on you should consider joining the GRA

The GRA hosts several events throughout the year in the Grindrod Park including Grindrod Days, Grindrod Garlic Festival as well as being available for rental for reunions and weddings. I will get some more pictures up soon. 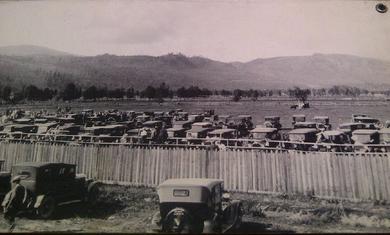 Planning is underway for Grindrod Days 2017.
Grindrod Days is a fun community family day in the Grindrod park with something for everyone.
More info to follow soon..

Some of the coming attractions include:
Pancake Breakfast
Tug - O- War (start getting your teams together)
Vendors of all sorts
Tractor Club / Tractor and old Tool display
Classic Cars and Bikes display
Axe Throwing with Axe Monkeys Kelowna
Dunk Tank
Kids games and activities
Photography Contest
and much more ...

For more information, to book a vendor spot or to volunteer
please contact Chance at grindrodpark@gmail.com 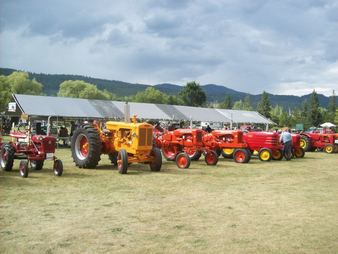 **IMPORTANT INFO FOR BOATERS**
Click the link above to find out how you can help
keep the Shuswap River open for boaters.